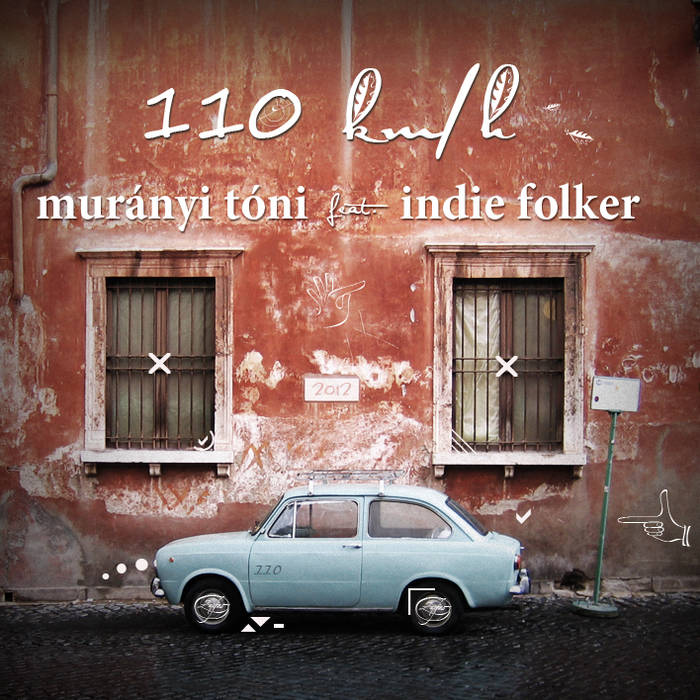 Murányi Tóni has sent over an amazing demo back in the summer of 2011 and has asked me to feature on his final song, called "110km/h". The first time that guitar riff blasted out of my speakers I knew I had to take part.

It took a while for us to actually begin working on the song (or, more precisely: it took ME a lot of time to get started), but in November of the same year we've recorded and mixed the entire track. He already had his parts written and recorded when he first approached me so I was expected to write my own parts and record them in my own home studio. We have worked for about one month on the song, together, emailing session files back and forth, recording and re-recording every track as we went along.

Tóni’s parts are in Hungarian, in case you didn’t get that – and mine are in English - as you’ve surely noticed.

We've published "110km/h" in May 2012 and we are still working on producing a video for this little gem. I couldn't be happier to have "110km/h" in my portfolio, I have a lot of respect for Tóni's songwriting and I am really really glad to have had the chance to do this.

Besides, Tóni and I have known each other for a few years, as there aren’t too many young singer-songwriters here in Transylvania, so it was just a matter of time before we made something together.

Big hugs to Iris Heuer for her photograph "Travel Into The Past" which we've used to create the artwork for the song.