Monsters In The Christmas Album 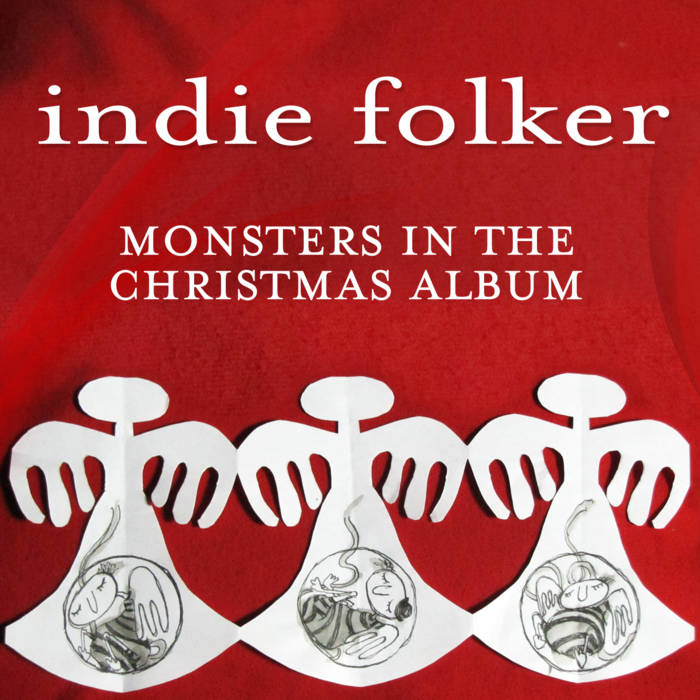 The album has been released for a limited amount of time in 2010 and it generated quite a nice response - that is why it is up again this year, and it is still free, as you've surely noticed.

The EP was recorded in exactly one month, in a super-exhausting writing and recording session in my house, here in Transylvania.

I wrote "The Eyes, The Beard, The Nose, The Stomach, The Lungs" at the police station, in my head, when I was doing some paperwork for my car - - - don't even ask. I made up all of the first verse and was really struggling not to forget anything by the time I got home. By some odd chance, ideas for other verses started suddenly popping into my head, and I had to struggle not to let them in. Because once that happens, I totally lose the first verse, I thought. Which I wasn't going to let happen, I thought. Naturally, I had no pen/paper with me at the time, so I had to remember the entire thing for about three hours. And I did let all those other ideas in eventually. By the time I got home, I had all three verses done in my head. I penned the chorus later that evening and recorded the thing the very next day. The video took about 2 hours of shooting and 4 hours of cutting and mashing in Movie Maker.

"Is Christmas Time Just A Dream?" was originally going to be a slow, mellow kind of tune, but I just couldn't get it working the way I had imagined. So I just gave it a shot in this manner, and it all came together. It's one of my favorites on here.

"To Get Away From Everything" was intended to be this way. Simple, finger-style guitars, easy melody and straight-forward lyrics. Also, a Moldavian kaval and old radio sounds/noises in the background. I love that instrument btw.!

"Christmas Is A-lookin' Good" was an attempt to break out of my usual songwriting approach. It worked. I have moments like this every time I record something. At one point I just start doing things I was never supposed to, nor thought about doing. I think it's important to take these kinds of "risks". I really like the result here. "Work @ It Together" from my "Monsters In Rome" record was born out of the same kind of approach.

"Taste Like Candy" had a totally different chorus at the beginning. I had already mixed the entire song and had prepared to call it "done" when my girlfriend suggested I'd spend some more time with it - that's her way of saying "it's shit". So I wrote this chorus in about half an hour after that. The Transylvanian shepherd's flute stayed after I had decided to have the typical Transylvanian folk-ish intro with the drums and bells.

"Christmas Song" is actually the first song that I wrote for this album. It took me a week to get it totally finished. I struggled with it every step of the way. Just like "Monsters In Rome". I always fall in love with songs that give me a hard time.

Have a Merry Christmas, dear everyone!